How Fast Should My SaaS Company Be Growing (Now)?

We asked this question two years ago and the answer is the same: We have no idea how fast your company should be growing. But we just completed our 2015 survey of private SaaS companies, with our highest number of respondents ever, at 409. So we know how fast a lot of your peers are growing. 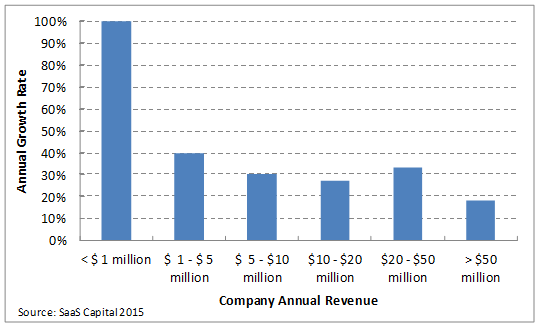 Things to note in the data:

SaaS Capital has had nine of its companies “price” their equity in the last 24 months through either a sale of the business or a substantial equity raise. Here's a look at the valuations.