In a recent post, we explored private B2B SaaS company spending benchmarks. That analysis revealed a difference in spending patterns based on how a company was funded. For example, bootstrapped companies are spending less (and are profitable), while equity-backed companies are operating at a loss to support a goal such as growth. The most dramatic differences include equity-backed companies spending approximately 40% more on marketing, R & D, and general and administrative costs while spending 82% more on sales.

A common metric by which SaaS companies track their performance is annual recurring revenue (ARR) per employee. As was the case with the last post, the data and analysis below on ARR per employee comes from our 10th annual survey of more than 1,500 SaaS companies, which was completed in March. 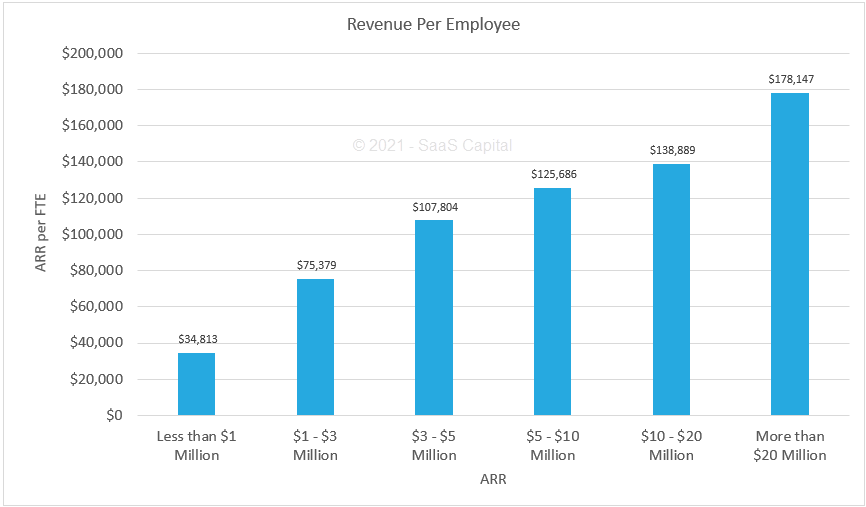 The clear takeaway from this chart is that revenue per employee grows as company size increases, clearly demonstrating the scalability of the SaaS business model 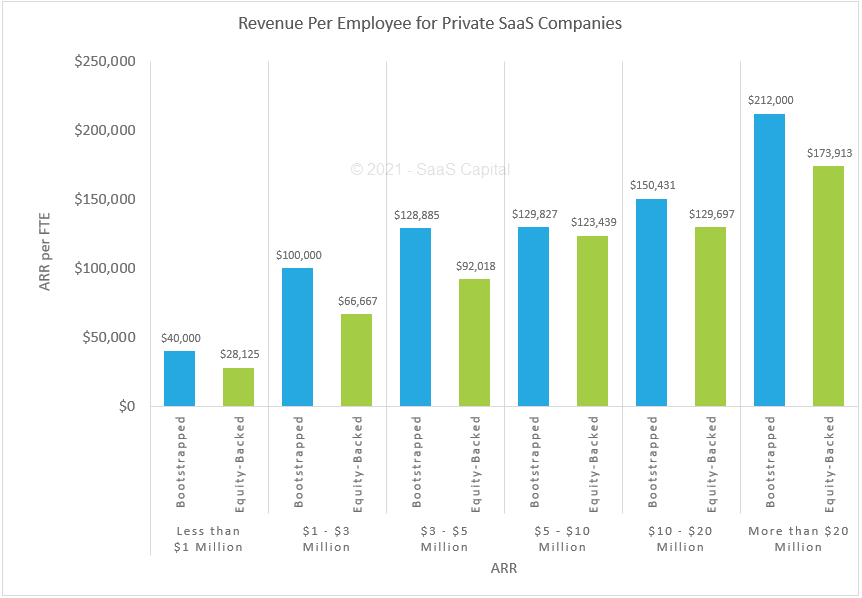 Note: A version of this post was first published in 2020, and this was updated in 2021 to reflect current data.

How much do SaaS companies spend on customer support or marketing? In day-to-day SaaS company operations, questions like the above are common. So, we asked survey takers what percentage of revenue is spent on cost of goods sold, customer support/success, selling costs, marketing costs, research & development, and general and administrative. This post summarizes the benchmarking data.

SaaS Capital has been conducting the industry's top benchmarking survey in Q1 of each year for nearly a decade. Here, we summarize the findings relating to retention in our 2021 survey of private SaaS company owners and execs.