Phew. I imagine a lot of you in the SaaS industry, like me, are playing catch up after a very full week last week at the SaaStr Annual 2016 conference.

Last week’s event in San Francisco marked the 2nd annual conference from Jason Lemkin and Aaron Ross. For those not familiar with it, SaaStr Annual is designed around all things sales and marketing (no product) in SaaS. 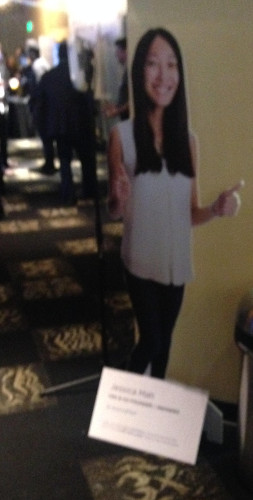 Jason was the founder and CEO of EchoSign which he sold to Adobe in 2011. Aaron was a very early employee who developed and built the sales team at Salesforce. The conference fell out of their work documenting the challenges and strategies of building SaaS companies at SaaStr.com.

Because of their backgrounds, their focus is very much on building and scaling large companies – as demonstrated by the slogan of the conference which was “The First $100M is Always the Hardest.”

My reflections on the conference:

In summary – the SaaStr Annual is a fantastic event for anyone working in the SaaS industry, as long as you can swallow a healthy dose of Silicon Valley Unicorn Dust.

Two weeks ago, Todd Gardner and I attended the SaaStr Annual conference in San Francisco. This is the SaaS-business-model-specific conference put on by serial SaaS entrepreneur and VC Jason Lemkin. This was the third year of the event and we’ve gone every year. Below are our takeaways from it...

Takeaways from the SaaStr Annual 2018 Conference

Rob and I just returned from our annual pilgrimage to San Francisco for SaaStr Annual, and here are our observations from the conference this year.

Last month my partner Rob and I attended two events focused on customer success (CS) and wanted to post our takeaways. The first event was a half-day summit we held for our own SaaS Capital portfolio companies. The other event was the Pulse Conference.