Is anyone adopting ASC 606?

The adoption of new accounting rules is not a topic we normally bring up in conversations with SaaS companies, but the ASC 606 change has created enough confusion (and work) that we have found ourselves talking about it more than we’d like. We actually like the existing accounting rules and think the new rules do not present the underlying performance of a SaaS business as well as current rules. That said, what we think about the new rules does not matter, and FASB requires these new rules to be implemented for the year ended 2019 for private companies wishing to be GAAP compliant.

Given that reality, we wondered how much work most private SaaS companies are doing to become compliant with ASC 606?

When we chatted with our CFOs about what’s going on, we heard: “It’s not something I’m going to deal with during the year. I will have our auditors suggest some year-end adjustments which will show up on our audit, but not anywhere else.”

This approach made good sense to us. Under our perspective that 606 rules obfuscate underlying business performance, there is no use reporting them monthly to the board, investors, or management team members. A simple annual journal entry or two in the audit would suffice. Most CFOs have about 20 other things that are more important than 606 compliance.

That said, and after chatting with a few accountants, here is the reality of that approach:

ASC 606 implementation is one of those important but not urgent things that tends to get pushed off until it finally becomes urgent.

But the good news for the day is, most of your peers have pushed it off too. 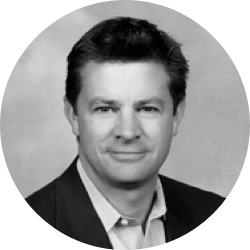 Who Is SaaS Capital™?

SaaS Capital™ is the leading provider of long-term Credit Facilities to SaaS companies.

Get SaaS Capital™ research delivered to your inbox.

We recently hosted a webinar on ASC 606 with SaaSOptics and CPA Steve Sehy. This blog post is meant to summarize some key points from the presentation relative to timing and magnitude.

What should be included in COGS for my SaaS business?

Accounting rules are very specific on some things, and surprisingly unhelpful in other areas. There are no Generally Accepted Accounting Principles (GAAP) rules on the type of costs that are included in Cost of Goods Sold (COGS). This is unfortunate because the gross margins of SaaS businesses are very important to the overall performance, profitability, and valuation.

From a bookkeeping perspective, your company will no doubt maintain numerous detailed accounts to accurately track specific assets, liabilities, revenue streams and cost centers. But at the managerial level, what should an effective subscription revenue income statement, or profit and loss, report look like?