What to Know About Stock Warrants

Stock warrants are a common component of venture debt, and while typically small in relation to the other overarching economics, they are important because they have to do with the cap table, which we all know is a zero sum game. They also can be confusing because they have a unique lexicon, and what information is on the web about warrants focuses more on the legal and tax ramifications rather than the practical.

First, the definition: a warrant is a security whereby the holder, almost always an investor (stock options are for employees, warrants are for investors – they get different tax treatment), has the option, but not the requirement, to purchase a company’s stock at some point in the future at a price that is set when the warrant is initially issued. It works just like a stock option, but again, has its own vocabulary.

Below is a phrase you might see in a typical venture debt term sheet, including our own. We’ll dissect it, and then give an example.

“Warrant coverage of 10% in Series A shares at a pre-money valuation of 5.0x ARR. The warrant will expire after 10 years.”

Warrant coverage is a key term in venture debt. It is used, along with some other data, to determine the number of shares, and therefore the amount of dilution, associated with a particular investment or warrant issuance. Warrant coverage is expressed as a percent of the investment amount NOT a percent of the company. As we will describe below, it’s useful to think of warrant coverage in terms of dollars first: 10% coverage on a $3,000,000 loan is $300,000 worth of warrants. How many shares that is, and at what price they can be acquired, is determined by the Strike Price. In venture lending, 5% to 20% coverage is typical and negotiated for each transaction.

The strike price is set when the warrant is issued and typically fixed for the life of the warrant. The strike price, expressed as the price per share, can be set to literally anything and is simply part of the negotiation and/or nature of the investment and role the warrant is filling. It can be set out-of-the-money (above the current fair value), at-the-money (at current valuation), or in-the-money (below current fair value). Another common pricing methodology is what is called “penny warrants”. Literally, the strike price is set at $0.01, and is typically used when a valuation cannot be agreed to. But do note that the strike price matters greatly in the value of the warrant (see Black-Scholes for more on this), and that a warrant for more shares at an out-of-the-money strike is not worth the same as a warrant for fewer shares at an in-the-money strike. At-the-money or penny warrants are the most common in venture debt.

Warrants can be for any class of stock, so the warrant will specifically state what security it is for, be it common, Series A preferred shares, etc. The warrant will share the terms of the class once exercised. If not yet exercised, however, warrants do not carry any liquidation preferences since no dollars have been invested.

Warrants always have an expiration date and 5 or 10 years is the most common. The warrants have no value after the expiration date, so the investor needs to decide at that point if they want to exercise (buy the shares by writing the company a check), or simply let them expire.

Let’s suppose in our example above that the investment was for $3 million, so at 10% coverage, the warrant would give the investor the right to purchase $300,000 worth of the company’s Series A stock. If the company was on a $5 million ARR run rate, the pre-money valuation would be $25 million. If the company had 12.5 million fully diluted shares, the price per share would be $2.00 ($25 million/12.5 million). Therefore, the investor has the option to buy 150,000 Series A shares at some point in the future at $2.00. We also know that this warrant is worth 1.2% of the company (150k / 12.5 million). As a practical matter, almost all investors will only exercise at the point of a liquidity event, or at expiration.

In summary, the dilutive impact of the warrant (number of shares) is driven by the size of the investment, the warrant coverage, and the strike price. These are the levers in the warrant conversation and moving them just depends on your lender’s approach and the situation with the company and transaction. 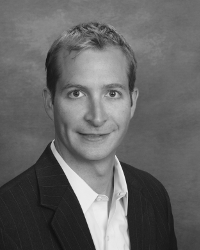 What should be included in COGS for my SaaS business?

Accounting rules are very specific on some things, and surprisingly unhelpful in other areas. There are no Generally Accepted Accounting Principles (GAAP) rules on the type of costs that are included in Cost of Goods Sold (COGS). This is unfortunate because the gross margins of SaaS businesses are very important to the overall performance, profitability, and valuation.

Over the last year or two many of SaaS Capital’s portfolio companies have initiated channel sales strategies, and many more are contemplating it. Given the trend, this was the focus topic at a recent portfolio company CEO roundtable.